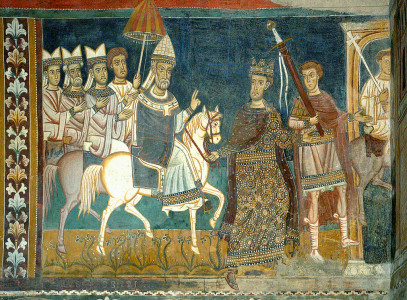 This New Year’s Eve punch is a tradition in Austria, where the last day of the year is dedicated to Pope, St. Sylvester. According to Medieval legends, he baptized Constantine the Great, thereby bringing about the dawning not only of the New Year but of a new era; for this reason, the night before the New Year is called Sylvesterabend (Eve of St. Sylvester). The Sylvesterabend celebrations are similar to American New Year’s Eve parties.

Pour the liquid into an enamel pot, add the cloves, the thinly pared rind of 1 lemon, the sugar, and the cinnamon. Heat over a low flame but do not allow to boil. At the last moment add the tea. Serve hot.